Whatever you try to explain around bitcoin and crypto currencies, from the price and the total market value (over USD 300 billion at this moment) through the energy consumption to the number of new ’investors’, you will quickly end up with an exponential ’hockey stick’ chart. 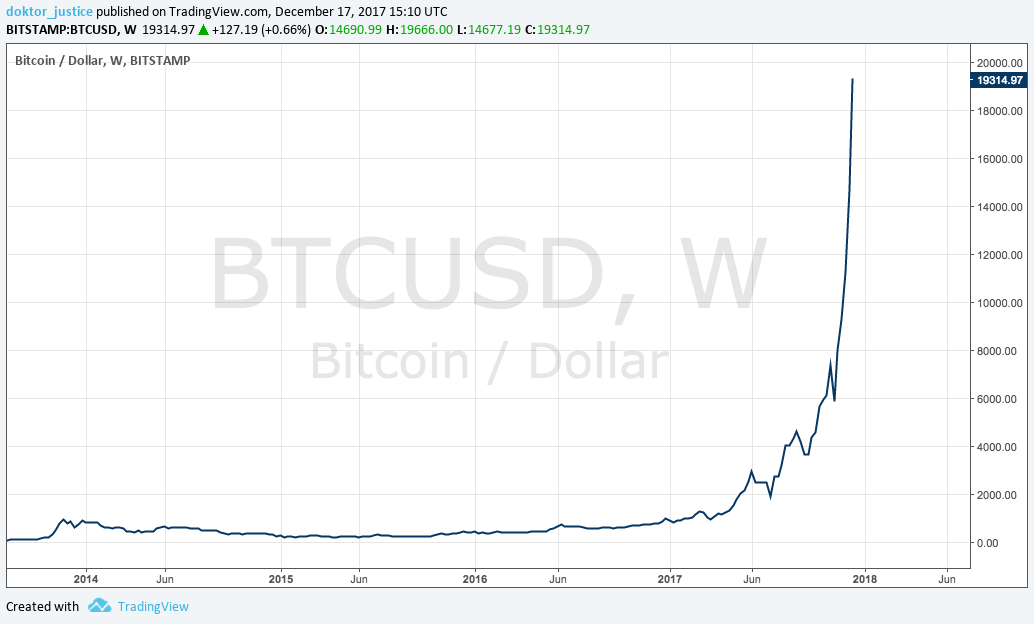 These trends have two peculiar features: they are not likely to last, and our mind completely fails us when trying to predict them. I don’t know what and when will happen, but for me time has come to gradually pull out most of what I have in cryptos, and retain only a fraction that I can be comfortable with losing completely.

This is where I stand now:

(Mind you, I never considered myself as a crypto investor, and I advise you against looking at it as an investment at all, no matter what the price is. I was just lucky to find myself in this market out of sheer curiosity and a healthy dose of laziness.)

Energy is the key

The price itself is the least scary of the hockey sticks. You can add a few zeros to the price of an imaginary asset, but scaling energy supply is a different matter. And the energy consumption of the bitcoin blockchain network roughly doubled since August, when I previously wrote about the environmental danger of the cryptocurrencies in their current form.

(According to Digiconomist by now the network already exceeded Denmark in terms of energy consumption, and half of the Czech Republic or quarter of the Netherlands could be served by the energy spent on bitcoin.)

Let’s assume that the four month growth was only one fifth of the Digiconomist estimate. That would still mean over 70 percent annual growth in energy consumption, or fivefold growth in 3 years time and 14-fold in 5 years. If the consumption really did double in 4 months, there’s no point in calculating for years ahead.

Mining is profitable, but only if energy costs are relatively low and the price of the reward goes higher and higher (as the amount of reward decreases over time). You can have a hefty margin if you’re mining on subsidized energy in China, the price increases in an exponential fashion, and you invest in new equipment in extreme pace.

But none of these seem to be scalable on rational terms in the long run, and energy will be an issue sooner than later. On top of that, the price is not a function of mining costs, instead it depends on the demand from the crowds with serious condition of FOMO and crave for investment returns after years of zero yields.

Just an anecdotal evidence: the app of Coinbase, the widely known platform for buying and selling bitcoin, hit the top spot as the most downloaded free app in Apple’s App Store. Coinbase also warned this week that their servers could not keep up with the number of new account openers trying to identify themselves.

So I think we have a self-amplifying feedback loop, and these rarely end well from an investment perspective, even though they can operate unexpectedly long, and bring stellar short-term gains before collapsing.